Estrogen has been vilified as driving up the risk of breast cancer, ever since 2002. This is when the Women’s Health Initiative (WHI) prematurely stopped two hormone arm trails and announced that estrogen caused breast cancer. This made world-wide scary headlines. This was especially the case in the US. where pharmaceutical companies selling hormones were successfully sued by breast cancer survivors that had been taking hormones.

Doctors and women alike have been fearful of estrogen ever since. Whereas 40 million women used to take hormone therapies, this was reduced down to only in the thousands for a number of year.

However, very early on, multiple re-analysis of the WHI were showing that the WHI’s summaries were, in fact, statistical fiascoes.

Dr. Berkson took 3 years to write Safe Hormones, Smart Women, a book on the re-analysis of the WHI. She shared analyses from expert statisticians and OBGYN doctors, echoing that the WHI conclusions were way off base. That in fact, estrogens were safe. And even protected against breast cancer. And even in some cancer patients!

What this means is that generations of women have missed out on hormone replacement due to fears that are not accurate nor based in science.

This new re-analysis should have been headline news like the original scary bad news of the WHI in 2002.

Incredibly, the Associated Press coverage of the San Antonio Breast Conference headlined the previously reported, false and negative information on estrogen. That estrogen increased the risk of breast cancer (but that was actually when estrogen was combined with synthetic progestins). It only mentioned the decreased risk associated with estrogen administration in small print later on in the body of the press release.

No headline news came out letting women and doctors know that estrogen is breast protective.

But the science supports this. While women miss out.

This is a must listen and learn course on the vindication of estrogen! 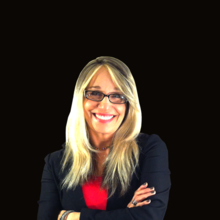 Buy $155.00
We suggest moving this party over to a full size window.
You'll enjoy it way more.
Close
Go Fullscreen